Authored by James Rickards via The Daily Reckoning,

We’re well into the coronavirus pandemic at this point. As of this writing, there are 360,765 reported infections and 15,491 deaths worldwide.

Over the next few days, you may be certain that those numbers will be significantly higher.

That’s how pandemics work. The cases and fatalities don’t grow in a linear fashion; they grow exponentially.

It’s widely acknowledged that this pandemic will get much worse before it gets better. There’s no doubt about that. 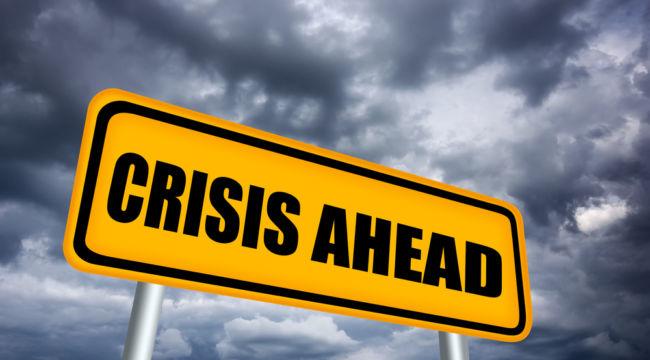 It didn’t take long for the coronavirus crisis to turn into an economic and financial crisis.

The Worst Collapse Since the Great Depression

The U.S. is falling into the worst economic collapse since the Great Depression in 1929. This will be worse than the dot-com collapse of 2000–01 and worse than the Great Recession and global financial crisis of 2008–09.

Don’t be surprised to see second-quarter GDP drop by 10% or more and for the unemployment rate to race past 10% on its way to 15% or higher.

The questions for economists are whether the lost output will be permanent or temporary and whether U.S. growth will return to trend or settle on a new path that is below the pre-virus trend.

But if I don’t go out for dinner tonight and then do go out a month from now, I’m not going to order two dinners. The skipped dinner is a permanent loss.

Unfortunately, 70% of the U.S. economy is based on consumption and the majority of that consists of services rather than goods. This suggests that much of the coronavirus impact will consist of permanent losses, not timing differences.

More important is the question of whether growth returns to trend by next year or follows a new lower trend. (Bear in mind that “trend” for the past 11 years has been 2.2% growth compared with average growth in all recoveries since 1980 of 3.2%; any decline in trend growth would be from an already low base.)

This is unknown, but the result will be as much psychological as policy driven.

The Fed’s Bazooka Is Empty

In situations like this, the standard policy response is for the Fed to cut rates, which it has certainly done.

The Fed has also launched massive amounts of quantitative easing.

In addition, they have guaranteed or offered credit facilities to banks, primary dealers, money market funds, the municipal bond market and commercial paper issuers so far.

Now the central bank has taken the unprecedented step of committing to buy as many U.S. government bonds and mortgage-backed securities as needed to keep the market functioning.

The problem is that the Fed’s programs won’t work as a form of stimulus. We’re seeing a supply shock as the economy grinds to a standstill. What’s everyone going to buy with all the money?

Still, they may have done things exactly backward.

Mohamed El-Erian, chief economic adviser at Allianz, says that the Fed should have focused on payment system problems and liquidity first but should not have cut rates.

Interest rates were already quite low. Once the Fed goes to zero as they did, they are incapable of cutting rates further (leaving aside negative rates, which also don’t provide stimulus).

El-Erian argues the Fed should have saved their rate cuts in case they are needed more acutely in the weeks ahead. Too late now. The interest rate bullets were fired. Now the Fed’s bazooka is empty at the worst possible time.

Meanwhile, Congress is working to pass a “stimulus” bill to fight the economic effects of the coronavirus pandemic.

Negotiations stalled this morning as Democrats want to insert provisions that would give tax credits to the solar and wind industry, give more power to unions and introduce new emissions standards for the airline industry.

“Democrats won’t let us fund hospitals or save small businesses unless they get to dust off the Green New Deal,” said Senate Majority Leader Mitch McConnell.

Once again, I need to emphasize the point: The economic impact of coronavirus could be devastating.

If consumers get used to not spending and decide that increased savings and debt reduction are the best ways to prepare for another virus or natural disaster, then velocity will fall and growth will be weak no matter how much money the Fed prints or the Congress spends.

The bottom line is that these spending bills provide spending but they do not provide stimulus. That’s up to consumers. And right now consumers are hunkered down.

It may be that the last of the big spenders just left town.

Physical supply is drying up and dealers are running out.

That’s why I’ve been warning my readers for years to get their gold before the crisis hits. Once it does (and it has), you won’t be able to get any.

Silver’s dynamics are a little bit different than gold because there are some industrial applications, but there’s no question that it’s a monetary metal.

And I always recommend that people have a “monster box.” A monster box is 500 American Silver Eagles, fine pure silver that comes directly from the Mint. It comes in a green case and is sealed.

The 500 coins at retailer commission will run you about $12,000 right now, but everybody should have one.

You ought to have a monster box of silver because if the power grid goes down, which could happen for a lot of reasons, the ATMs won’t work and neither will credit cards.

But if you walk into a store with five or six silver coins, you’ll be able to get groceries for your family.

Believe me, that’ll be legal tender when the time comes, so I definitely recommend silver.