The damage done to markets will act as a barrier to higher stock prices in the future. This should force investors to return to reality. We have crossed the tipping point with the destruction of small businesses by the government in the name of the “greater good.” The heavy lifter, the great job creator, and the most productive part of society has been thrown under the bus. Most of the support being provided by the government is set to flow towards the most vulnerable parts of society, big business, and Wall Street banks. if anything small businesses are being asked to pay a great deal of the cost.

A few years back someone pointed out that a corporate chart indicating how a company works often ignores the truth of who is really making decisions and getting things done. For example, Fred may be the director of maintenance, and also the brother of the company’s owner, this puts him in charge of deciding when to replace machinery, however, Todd the maintenance foreman actually make the decision based on how often units require repair. In this case, if you want to sell equipment Todd is the man you want to talk to. My point is that things are not always as they appear. 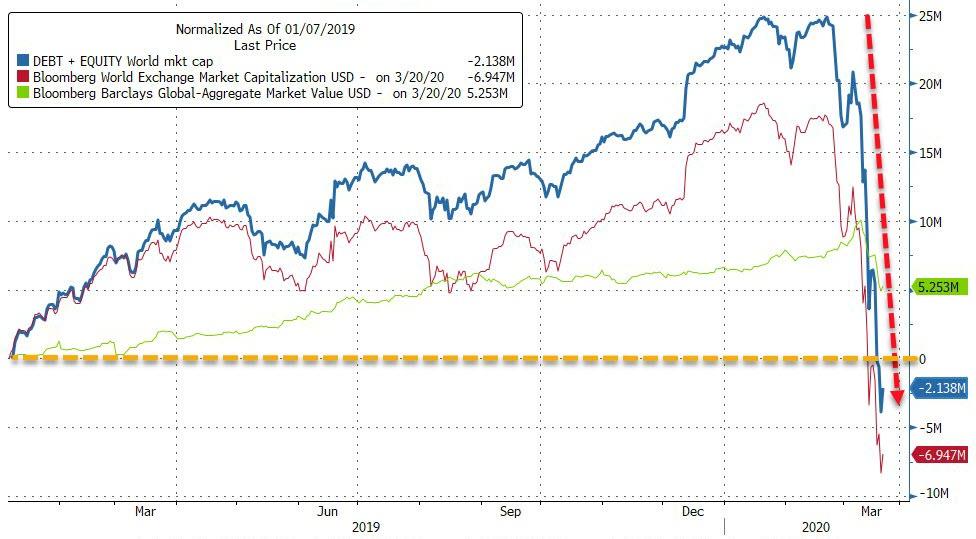 Severe Losses Have Been Abrupt

This is a very complex market and it is important to sort out who is selling, who is buying, and why. The motivation behind investors’ actions speaks volumes as to where this market is going. It is difficult to argue there is a lack of visibility as to what lies ahead.  We often forget the important distinction that the financial system is different from the economy. We must realize that many of the remedies being pursued as an economic solution to this crisis are a massive tax that falls squarely upon the backs of small business. This will most likely come back to punish politicians and the bankers now forming plans to mitigate the damage caused by covid-19.

The fact is we are in a perfect storm. Years of malinvestment and over-leverage have combined with fear and a deadly disease bringing the economy to a dead halt. If the Fed had not stepped in with an unprecedented blast of liquidity-providing instruments and facilities, the global financial markets would have simply collapsed as a 6.5 trillion dollar funding gap closed in on itself. This resulted in an indiscriminate sell-off of all dollar denominated assets. It also triggered the first ever launch of virtually unlimited dollar swap lines between the Fed and all other central banks.

This doesn’t mean the crisis is over, believe it or not, we are in the early innings of a brutal game. To those trained to “buy the dip,” doing so could prove disastrous. Hopefully, we can look forward to the natural demise of this trading strategy which has been an American tradition since the market imploded in 1987 and Alan Greenspan propped it up. Do not be surprised if BTD which has destroyed true price discovery now becomes a huge factor in slowing the markets’ decline and results in violent whipsawing between loses and gains. 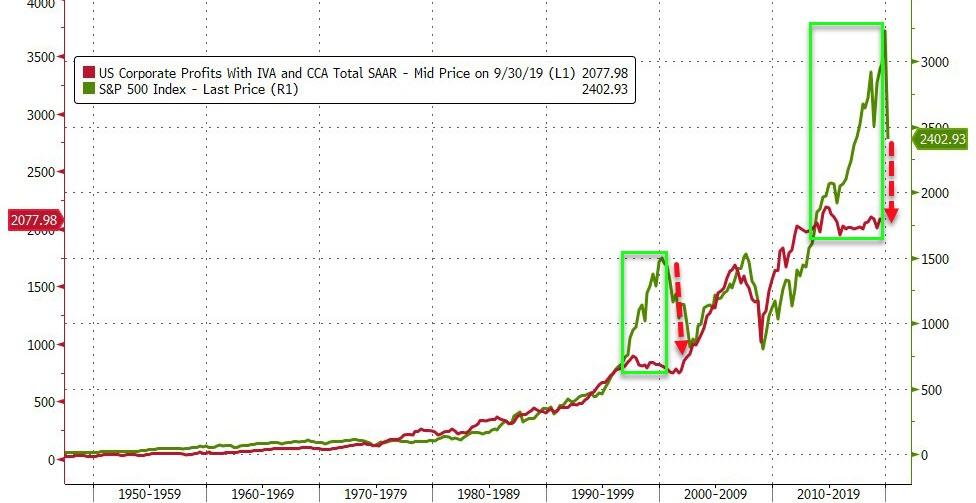 BTD Has Created A Problem

Do not expect BTD to go gracefully into the night. This time, if the markets have become too damaged to recover, it will most likely result in huge losses for anyone trying to pick a bottom. The saying, don’t try to catch a falling knife may prove to be far better advice than buying each time the market notches it’s way lower. I would suggest a person waits until the panic subsides and a clearer view of the future emerges before even considering stepping into the breach. 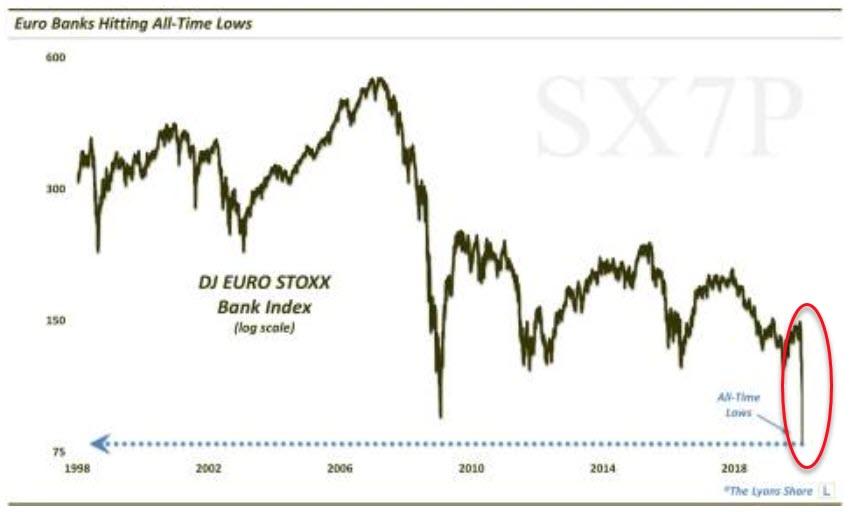 Low-interest rates tend to feed the animal spirits on Wall Street more than they stimulate Main Street. One question we must ask is, did the Fed create a new problem by pouring new stimulus into the financial system and rapidly cutting rates over the last few weeks? If people start seeing this as a sign they should re-leverage and leap into buying and taking on debt, watch out. Such actions would add a great deal of instability to markets that are already very fragile.

We are being told the economy will come out of this strong because of “pent up demand” to that I say, poppycock. The money given to intelligent people will mostly go to paying past obligations and things such as rent. As for large companies like Macy’s, why would they want to rush out and open new stores? Instead what you will have is a huge number of debt defaults, stores and office space going empty, and closing businesses forced to sell off equipment for pennies on the dollar as they liquidate inventory at massive discounts.

The damage already inflicted upon the economy by covid-19 has pulled a key support block out of the debt pyramid. Today central banks are rushing in across the world to prop things up before we reach what is known as a “Minsky moment” when an unsustainable mountain of debt collapses in upon itself. To many of us who view the economy under “old school rules,” this is where we are. The financial system has become a glorified pyramid scheme. 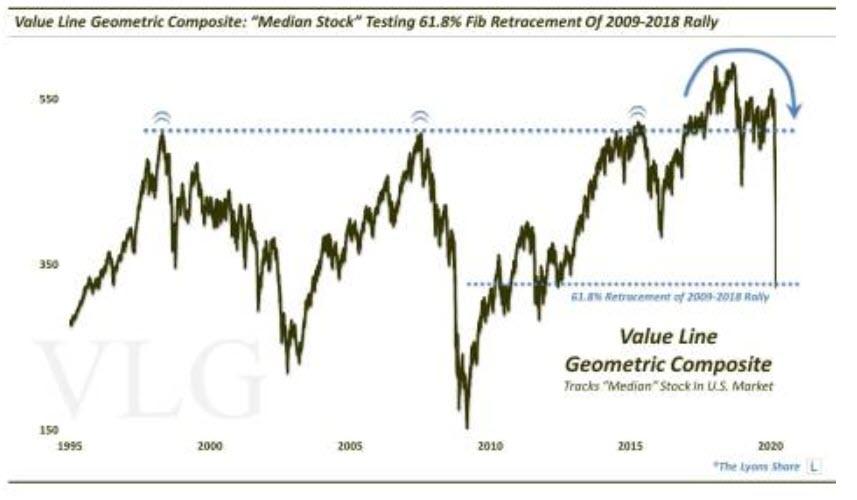 Last week was the kind that will try an investor’s soul. Ironically at its end, I found myself on the phone with a young man thinking about getting into stocks for the first time and as a four-decade trader of commodities and stocks, all I could say is don’t. History shows that at some point when inflation begins to exceed the rate of interest paid on savings people start altering their buying habits which creates a self-driving feedback loop. This appears to be where we are today and will not end well.