Climate activist parents are freaking out their kids, according to a group of psychologists working with the University of Bath – who say they are receiving a growing number of cases in which children are ‘terrified’ of climate catastrophe and have “eco-anxiety.”

According to The Telegraph, “Protests by groups such as Extinction Rebellion, the recent fires in the Amazon and apocalyptic warnings by the teenage activist Greta Thunberg have prompted a “tsunami” of young people seeking help.

A group of psychologists working with the University of Bath says it is receiving a growing volume of enquiries from teachers, doctors and therapists unable to cope.

The Climate Psychology Alliance (CPA) told The Daily Telegraph some children complaining of eco-anxiety have even been given psychiatric drugs.

The body is campaigning for anxiety specifically caused by fear for the future of the planet to be recognised as a psychological phenomenon.

However, they do not want it classed as a mental illness because, unlike standard anxiety, the cause of the worry is “rational”. –The Telegraph

“A lot of parents are coming into therapy asking for help with the children and it has escalated a lot this summer,” said Bath teaching fellow and CPA executive Caroline Hickman.

The symptoms are the same [as clinical anxiety], the feelings are the same, but the cause is different,” she added. “The fear is of environmental doom – that we’re all going to die.”

The report specifically cites 16-year-old climate activist Greta Thunberg, who made headlines this year in her support for Extinction Rebellion – the group which aims to raise climate awareness through “die-ins” and mock funerals for the future of humanity. 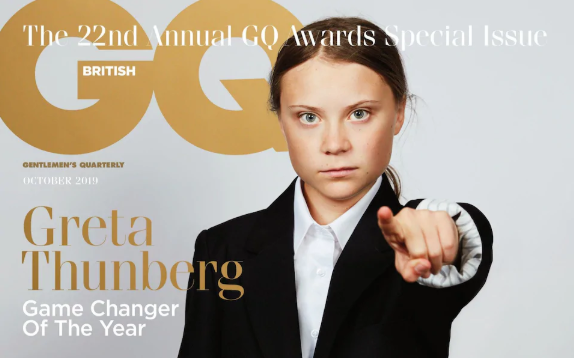 “Thurnberg argues that the EU must cut its carbon emissions by 80 per cent by 2030 to avoid an existential crisis – double the target set by the Paris Accord – while Extinction Rebellion demands the UK achieve net-zero emissions by 2025,” according to the Telegraph.

The Shadow War Playing Out Behind The COVID-19 Crisis

This Is Where The World Is On The “Corona Curve” At...