Even in death, Jeffrey Epstein continues to confound the authorities. According to the Daily Mail, FBI agents were spotted raiding the deceased pedophile/financier’s private island in the US Virgin Islands, Little St. James – or “Pedophile Island”, as it’s become known.

The Daily Mail captured footage of a dozen officers arriving on speedboats at the island’s peer, before decamping on golf carts to explore the property just two days after the billionaire’s suicide. Some agents were spotted on top of Epstein’s luxury home. All officials wore jackets with the letters ‘FBI’ in clear view.

The search follows the unsealing of 2,000 pages of documents by the US Attorney for the Southern District of New York. The documents detail some of the beyond lurid behavior that Epstein and his compatriots engaged in with young women.

A group of onlookers initially tipped off the Mail.

“I’m on a boat charter with guests. We are the only guests out here at the moment.”

“We were enjoying lunch when we saw over a dozen people getting off their speedboats and landing on the island.”

“When we looked harder, we could see the FBI logo on the backs of their shirts.”

“It didn’t take long for us to realize they must be conducting a raid on Epstein’s house.”

The disgraced financier recently purchased the larger neighboring island – dubbed Great St. James – and had planned extensive renovations, which had only just begun.

Other officials with ‘FBI’ lettering on clear display were later seen overlooking the crystal blue sea from the top of Epstein’s remote luxury home off the coast of St Thomas.

The search comes after 2,000 pages of documents detailing the lurid allegations of his sexual abuse of underage girls were unsealed to the public on Friday, adding more fuel to the fire of the government’s case of sex trafficking against Epstein.

Of particular interest to certain corners of the Internet that have long suspected Epstein as the head of an international community of child abusers, is the island’s temple, which according to Internet lore, was a sort of barracks for Epstein’s sex slaves. 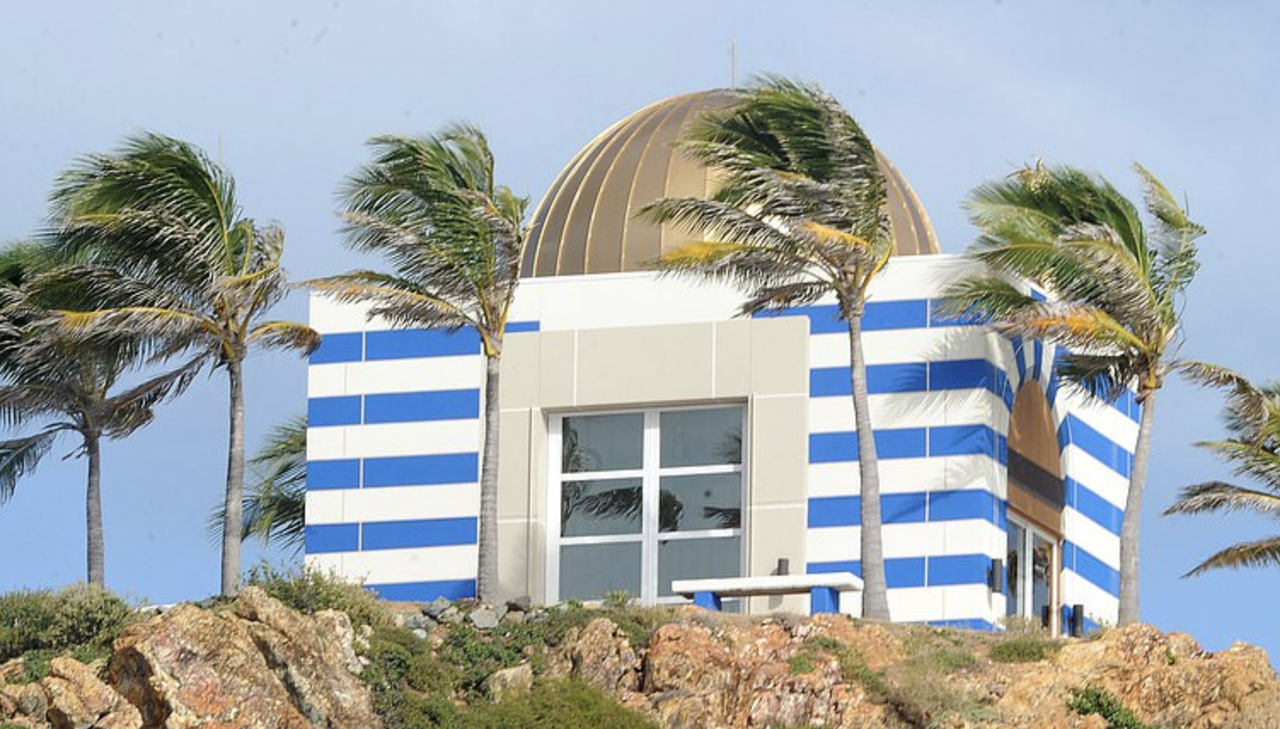 The island was listed at Epstein’s primary residence, though he owned some $150 million in property, including a tony Manhattan townhouse that was raided shortly after his arrest. Police reportedly found a trove of photos of underaged women.

While it’s unclear what investigators are looking for, AG William Barr made it clear in a statement delivered after Epstein’s death that the investigation is shifting to those who helped Epstein carry out his nefarious schemes, including his alleged ‘madame’, socialite Ghislaine Maxwell, whose whereabouts are unknown.