After years of being kept in the doldrums by orchestrated short-selling described on this website by Roberts and Kranzler, gold has lately moved up sharply topping $1,500 this week. The gold price has continued to rise despite the continuing practice of dumping large volumes of naked contracts in the futures market. The gold price is driven down but quickly recovers and moves on up. I haven’t an explanation at this time for the new force that is more powerful than the short-selling that has been used to control the price of gold. 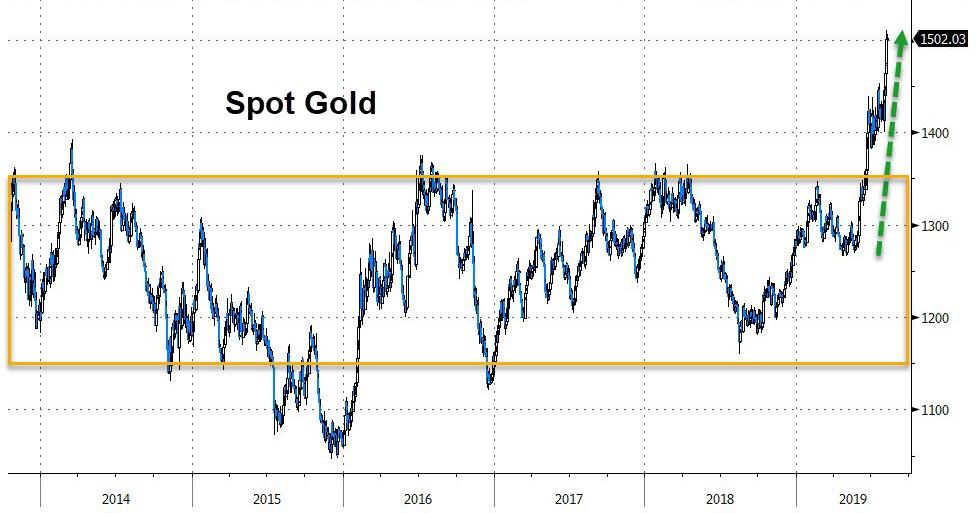 Various central banks have been converting their dollar reserves into gold, which reduces the demand for dollars and increases the demand for gold. Existing stocks of gold available to fill orders are being drawn down, and new mining output is not keeping pace with the rise in demand. Perhaps this is the explanation for the rise in the price of gold.

During the many years of Quantitative Easing the exchange value of the dollar was protected by the Japanese, British, and EU central banks also printing money to insure that their currencies did not rise in value relative to the dollar. The Federal Reserve needs to protect the dollar’s exchange value so that it continues in its role as the world’s reserve currency in which international transactions are conducted. If the dollar loses this role, the US will lose the ability to pay its bills by printing dollars. A dollar declining in value relative to other countries would cause flight from the dollar to the rising currencies. Catastrophe quickly occurs from increasing the supply of a currency that central banks are unwilling to hold.

One problem remained. The dollar was depreciating relative to gold. Rigging the currency market was necessary but not sufficient to stabilize the dollar’s value. The gold market also had to be rigged. To stop the dollar’s depreciation, naked short selling has been used to artificially increase the supply of paper gold in order to suppress the price. Unlike equities, gold shorts don’t have to be covered. This turns the price-setting gold futures market into a paper market where contracts are settled primarily in cash and not by taking delivery of gold. Therefore, participants can increase the supply of the paper gold traded in the futures market by printing new contracts. When large numbers of contracts are suddenly dumped in the market, the sudden increase in paper gold supply drives down the price. This has worked until now. 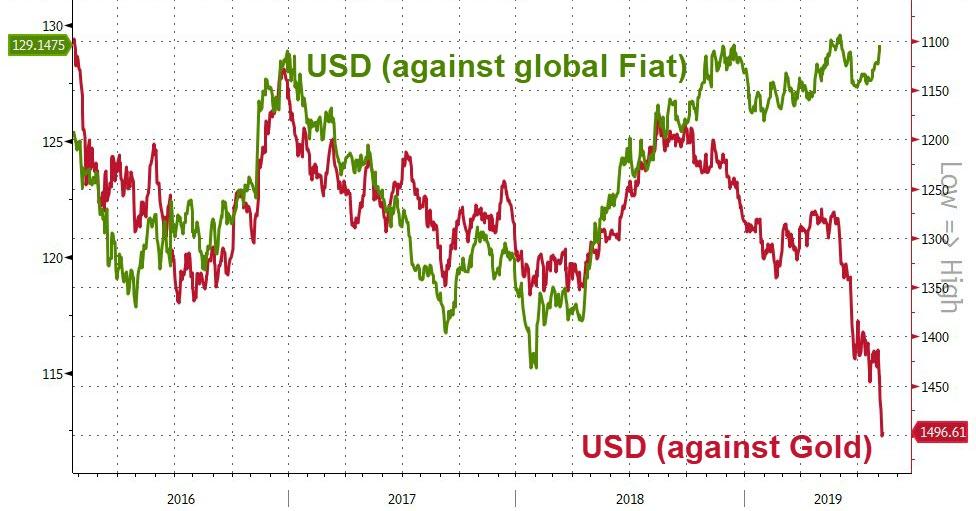 If flight from the dollar is beginning, it will make it difficult for the Federal Reserve to accommodate the growing US budget deficit and continue its policy of lowering interest rates. With central banks moving their reserves from dollars (US Treasury bonds and bills) to gold, the demand for US government debt is not keeping up with supply. The supply will be increasing due to the $1.5 trillion US budget deficit. The Federal Reserve will have to take up the gap between the amount of new debt that has to be issued and the amount that can be sold by purchasing the difference. In other words, the Fed will print more money with which to purchase the unsold portion of the new debt.

The creation of more dollars when the dollar is experiencing pressure puts more downward pressure on the dollar. To protect the dollar, that is, to make it again attractive to investors and central banks, the Federal Reserve would have to raise interest rates substantially. If the US economy is in recession or moving toward recession, the cost of rising interest rates would be high in terms of unemployment.

With a rising price of gold, who would want to hold debt denominated in a rapidly depreciating currency when interest rates are low, zero, or negative? 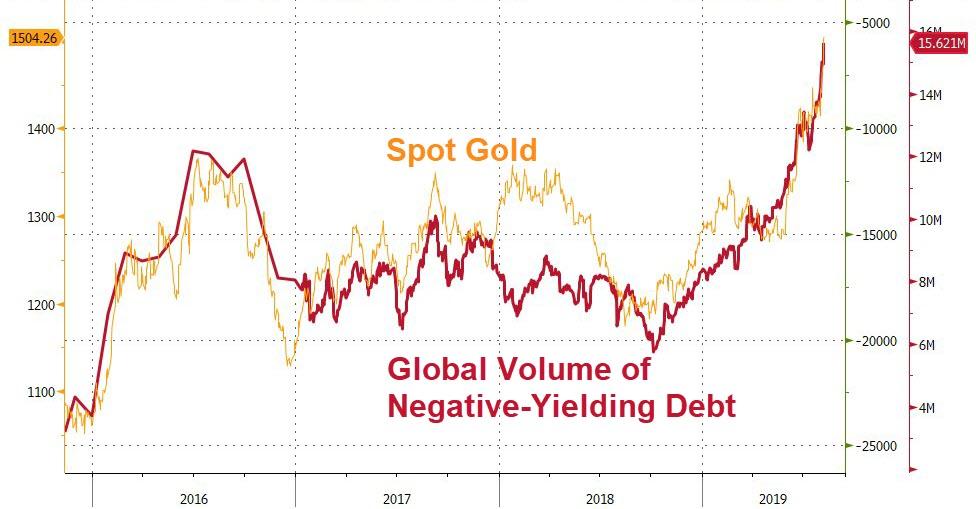 The Federal Reserve might have no awareness of the pending crisis that it has set up for itself. On the other hand, the Federal Reserve is responsive to the elite who want to rid themselves of Trump. Collapsing the economy on Trump’s head is one way to prevent his reelection.

How The Supreme Court Could Be Pulled Into The Trump Impeachment

Why Laws Against Hate Speech Are Dangerous

Dalio: Loss Of Truth In Media Is A Threat To Our Democracy

How The Supreme Court Could Be Pulled Into The Trump Impeachment

Nadler Demands “All Witnesses Must Be Heard, Except Hunter Biden”, Chuck...

Why Laws Against Hate Speech Are Dangerous