Numerous fliers that say “death camps for Trump supporters now!!!” have been posted on street posts and parking meters in Patchogue, New York. 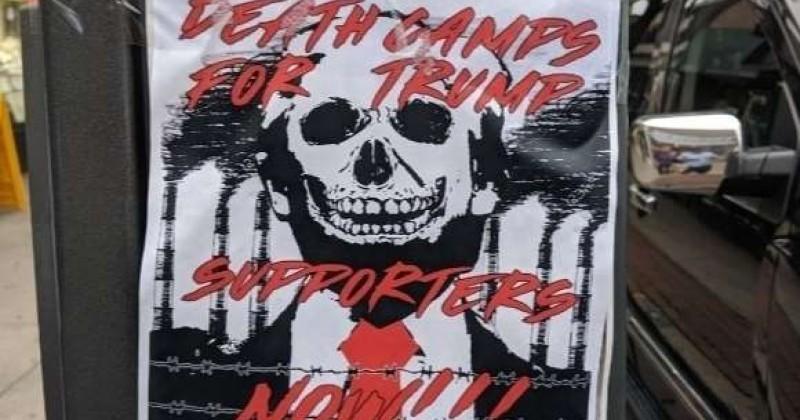 The fliers feature the threatening text in red and a stylized image of Trump’s face as a skeleton.

The fliers were “hanging across the street from Stanley’s Bedding Furniture on East Main Street, between Maple Avenue and North Ocean Avenue,” according to MSN News.

The photos were taken by a member of the Shock Theater collective, a group that lays on haunted house tours and horror scenarios, but the company said it was not responsible for creating or posting the fliers.

Suffolk County police said they weren’t alerted to the fliers, which now appear to have been removed.

There is a war on free speech. Without your support, my voice will be silenced. Please sign up for the free newsletter here. Donate to me on SubscribeStar here. Support my sponsor – Turbo Force – a supercharged boost of clean energy without the comedown.

Sen. Graham Vows to Cut WHO Out of Next Funding Bill

Whitehead: Civil Liberty Attacks In The Age Of COVID-19 Threaten To Expose The American Police State

Why Did Fauci Cheer Use Of ‘Untested’ Drug For Coronavirus In...

Sen. Graham Vows to Cut WHO Out of Next Funding Bill