One of the more confusing discrepancies in recent months was how, despite the weakening in the yuan and the escalating trade war between the US and China, there was virtually no drop in Chinese (official) reserves and thus, no capital flight.

Well, “confusion no more”, because as Goldman points out, amid the lingering trade tensions and continued depreciation of CNY in the first half of June, the bank’s preferred gauge of FX flows showed a dramatic jump in June outflows to the tune of $20 billion compared to an inflow of $13 billion in May, while the exporters’ trade repatriation ratio fell further in June. At the same time, the bond market saw a net inflow of around $11BN, modestly lower than the $16BN in May. 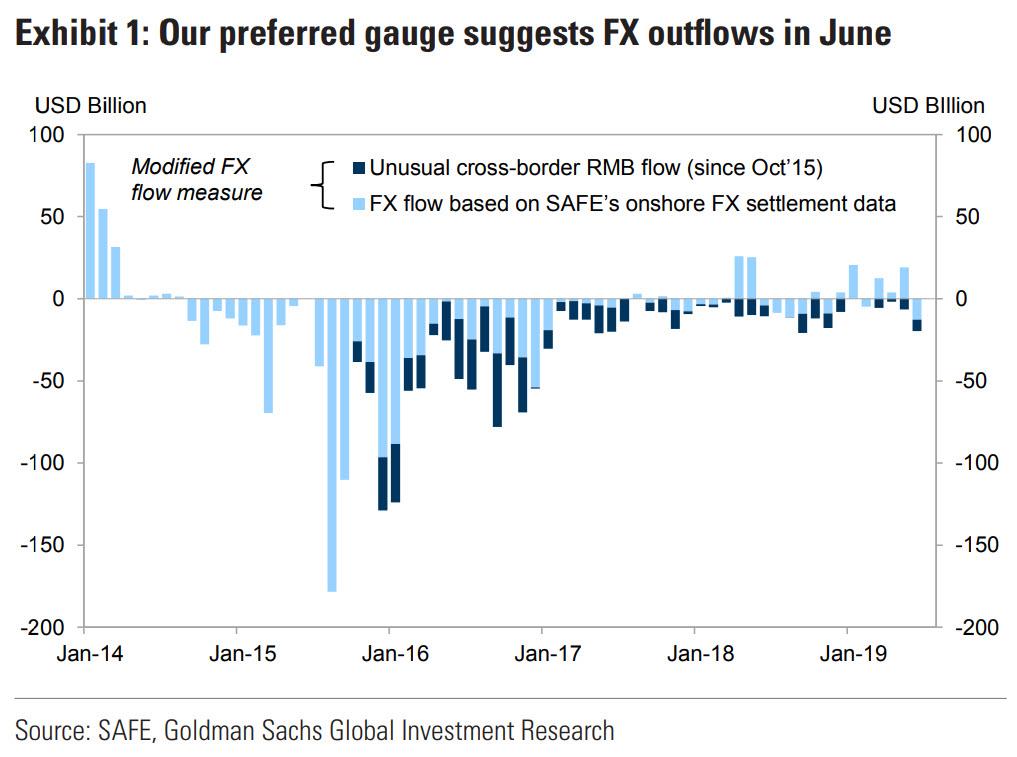 According to Goldman’s calculation using the SAFE dataset of “onshore FX settlement”, non-banks showed net FX outflows of around US$13bn (vs. an inflow of US$19bn in May). This was composed of US$23bn in net outflow via outright spot transactions, and US$11bn in net inflow via freshly entered and cancelled forward transactions. Meanwhile, another SAFE dataset on “cross-border RMB flows” shows that on a net basis, the amount of RMB flow from onshore to offshore was around US$7bn.

As a result, Goldman’s usual “preferred” gauge (FX settlement data mentioned above and the cross-border RMB flows) showed a net FX outflow of around US$20bn in June, vs an inflow of US$13bn in May.

Some more details on the flow composition:

The Chinese bond market showed an increase of inflow to around US$11bn, slower than May. Inflows to the bond market may continue in the future as China (government and policy bank bonds) was included in the Bloomberg Barclays Global Aggregate Index with a 20-month scale-in period from April 2019. 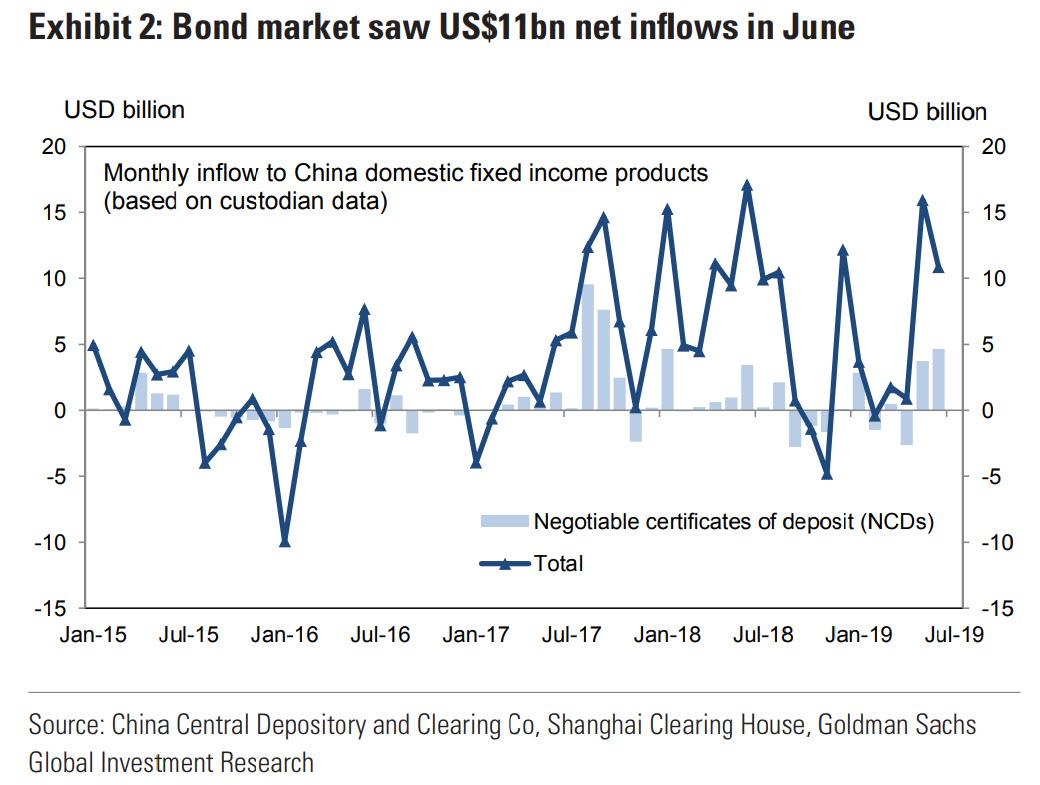 According to Goldman, “trade tensions lingered in June and CNY depreciated in the first half of the month, contributing to the increased FX outflows” which of course were visible well prior thanks to the surge in cryptos since April, a big part of which was due to Chinese capital flight, which however failed to be documented in official data. Until now, that is.

Meanwhile, exporters and importers’ net trade repatriation ratio continued to decline to 0.2 in June, from 0.4 in May and 0.9 in Q1 this year, implying exporters and importers having less incentives than before to repatriate their trade proceeds back when facing heightened trade uncertainties in June; this has an adverse impact on net capital flows.

Finally, this data contradicts the data released by the PBOC earlier in the month, which showed that FX reserves stood at $3,119 billion in June, up $18bn from May. Based on Goldman’s estimate, almost all the increase could be attributed to FX valuation effect. After adjusting for that, FX reserves were broadly unchanged in June. That is unlikely to be the case for longer now that capital flight from China has once again resumed in earnest.