We highlighted previously how just months ago CNN ran a segment on the “Redneck Revolt” which promoted the Tacoma, Washington chapter of Antifa’s John Brown Gun Club, of which 69-year old Willem Van Spronsen was a member. The rifle-toting Van Spronsen attacked a Tacoma ICE detention facility with “incendiary devices” and was shot dead by police on Saturday morning as he tried to ignite a propane tank after first setting vehicles on fire.

Well, it gets worse: not only did CNN praise the John Brown Gun Club in its May 5th episode of “United Shades of America” with W. Kamau Bell, but the footage featured shots of Van Spronsen himself while commentary presented the group in a positive light. Even the promotional video for the CNN segment included a shot of the now confirmed domestic terrorist. CNN’s own commentary lionized the group as: 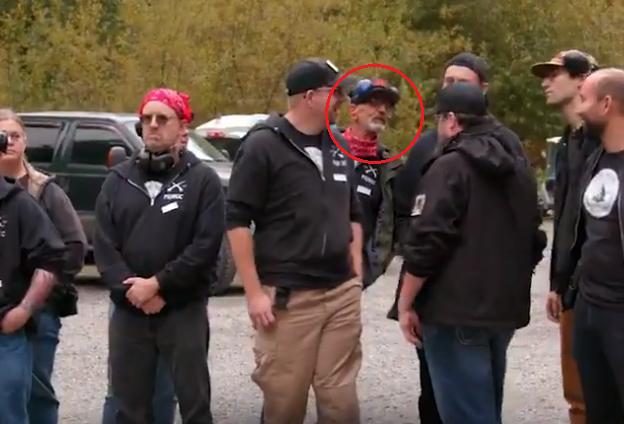 CNN has remained silent as controversy grows online, and as more people view the network’s past glowing segment following a Fox News report:

A man appearing to be Van Spronsen can be seen four seconds into a promotional clip released by CNN for their segment.

What is the Redneck Revolt? Who is John Brown? What is @WKamauBell doing in Tacoma? Don’t be confused, all will be revealed an all-new #UnitedShades, Tonight at 10p ET/PT. Take notes, there will be a quiz later! pic.twitter.com/gxMTV3zD3l

Four seconds into the above official CNN promo video from May 2019, domestic terrorist Willem Van Spronsen is present while the commentator praises the group.

It has now been confirmed by multiple media organizations that not only was Van Spronsen part of the militant communist organization promoted by CNN, but was a regular at Antifa events and protests in the northwest, as also documented by Portland journalist Andy Ngo.

Here is my video which captures Willem van Spronsen, the JBGC antifa militia member who was killed yesterday outside the Tacoma, Washington ICE facility. Police say he arrived with a rifle & began to firebomb the place & attempted to make a tank explode. pic.twitter.com/kPPlyiwVZl

He had sent a written manifesto to friends ahead of the assault, saying “I am Antifa,” after which his colleagues are now reportedly calling him a “martyr”.

A Fox News report described the CNN video as follows:

The heavily promoted CNN show featured Bell explaining the “Redneck Revolt,” which he identified as gun-toting liberals who defend the Second Amendment and seek to battle the “alt-right” and neo-Nazis.

Bell called them “good guys,” going to a gun range with members and even questioning why “more white people” don’t share their viewpoints.

One of the men featured on the CNN special appears to be Van Spronsen — who was armed with a rifle and incendiary devices when he launched his assault on the Northwest Detention Center in Tacoma around 4 a.m. Saturday, according to the Tacoma Police Department.

As Fox detailed further, it was Andy Ngo – himself recently subject of brutal beating by an Antifa mob in the center of Portland – who first noticed CNN’s glowing coverage of Van Spronsen in their May episode. 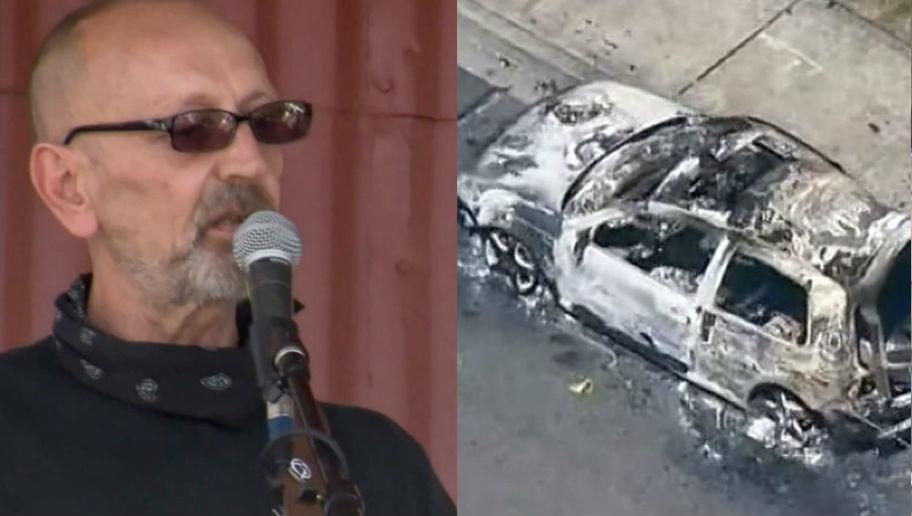 Image of the attack aftermath which included an exploded vehicle via NTV Houston: “A man armed with a rifle attacked an immigration detention facility in Washington state on Saturday (July 13), throwing incendiary devices at the building and cars in the parking lot before dying after police opened fire, authorities said.”

“CNN recently aired a documentary about the Antifa militia whose member was killed in an ICE firebombing attack yesterday. You can see Mr van Sprossen at the 4-second time stamp in this trailer,” Ngo wrote.

CNN recently aired a documentary about the antifa militia whose member was killed in an ICE firebombing attack yesterday. You can see Mr van Sprossen at the 4 second time stamp in this trailer. https://t.co/3BJVp0hp4C

CNN’s official Twitter account had heavily promoted the show  which clearly revealed Van Spronsen to have been an active member of the far-left gun toting group.

And still no comment from either CNN or the show host W. Kamau Bell who had also presented Van Spronsen’s militant group as one that “protects counter-protesters, feeds the hungry and provides gun safety courses.”