Update 3/12/2019 2:54PM EST: It was also disclosed that Willkie Farr & Gallagher Co-Chairman Gordon R. Caplan has been charged. Caplan, described in the complaint as “an attorney and the co-chairman of an international law firm based in New York”, is reportedly said to have donated $75,000 to the brokering entity in question in order to have SAT test administrators correct his daughter’s answers after she finished it.

Update 3/12/2019 1:46PM EST: The complaint alleges that Ex-Pimco CEO Hodge “agreed to use bribery to facilitate the admission of two of his children to USC as purported athletic recruits” and, according to Bloomberg, he “sought to enlist the support of a cooperating witness to help a third child gain college admission”. Hodge declined to comment to Bloomberg when reached on his mobile phone, reportedly only saying, “I can’t talk right now.”

Update 3/12/2019 1:14PM EST: Ex-Pimco CEO Douglas Hodge was also named among those charged in the scheme. Hercules Capital also fell in intraday trading when it was revealed that its CEO and largest holder Manuel Henriquez was named in the DOJ affidavit.

Federal prosecutors announced that they were charging dozens of people, including famous actresses Felicity Huffman and Lori Loughlin, in an alleged scheme to help students get admitted to colleges under false pretenses on Tuesday. They are being charged with conspiracy to commit mail fraud. 38 people have reportedly been arrested thus far.

Prosecutors are alleging that the individuals charged tried to bribe college entrance exam officials in order to cheat on admissions tests and that some conspired to bribe coaches and administrators to label their children as “recruited athletes”. Athletes can sometimes get preferential treatment.

Among the colleges involved were Georgetown University, Yale University, Stanford University and University of California Los Angeles, according to a WSJ writeup. Charitable organizations were used as fronts for the bribery payments, according to authorities. A Newport Beach college counseling business, the Edge College & Career Network LLC, was named as the main facilitator of the bribes.

More than $6 million in bribes were paid, according to The Daily Mail, who also reported that “[Lori] Loughlin and her husband ‘agreed to pay bribes totaling $500,000 in exchange for having their two daughters designated as recruits to the USC crew team'”. Loughlin’s husband Mossimo Giannulli has also been charged. It was also reported that Huffman paid a $15,000 charitable contribution. Her and her husband William H. Macy had planned to do the same for a younger daughter of theirs later this month, according to reports.

It was alleged that Huffman’s daughter was able to cheat on her SATs as a result of the payments. According to the Daily Mail:

Huffman had the site where he daughter took the SATs moved from her own high school to a test center West Hollywood.

Her test was then administered by a proctor who had flown in from Tampa and told investigators that he ‘facilitated cheating, either by correcting the student’s answers after the test or by actively assisting the student during the exam.’

In this case, Huffman daughter scored a 1420, which was a 400 point improvement from her PSAT results just one year prior.

Soon after the proctor was paid $40,000 by the same organization that Huffman would later give a $15,000 donation according to the documents. 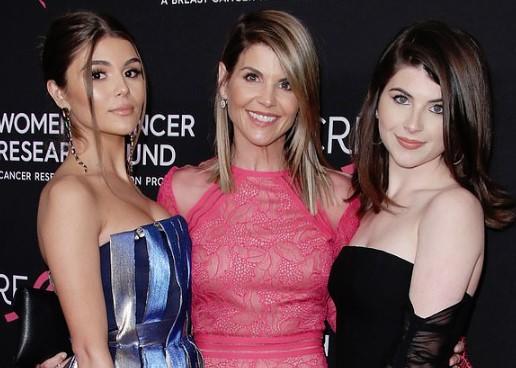 The document by authorities filed on Tuesday read: 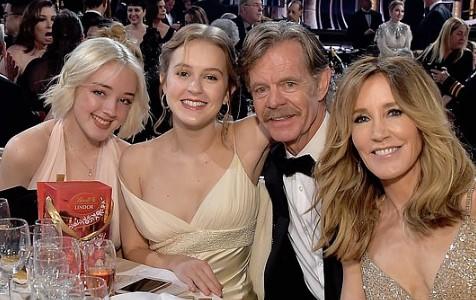 Boston authorities called the bust “the largest college admissions scam ever prosecuted by the Department of Justice.”

Boston authorities announce charges in what they call "the largest college admissions scam ever prosecuted by the Department of Justice."

The authorities continued, stating that the group involved included “CEOs…successful securities and real estate investors, 2 well-known actresses, a famous fashion designer and a co-chairman of a global law firm”.

The head soccer coach at Yale allegedly accepted $400k for accepting a recruit who didn't even play soccer.

I guess I should start saving now for my kids’ college bribe fund.

Bill McGlashan, the millionaire investor and CAA board member who founded The Rise Fund alongside Bono is also reported to be included among the names of those charged. We can’t wait to see what other names wind up being disclosed as part of the alleged scheme.

5 Million Potential Carriers Have Left Wuhan As Coronavirus Appears To...