Over the last 48 hours, several big names in the American mall industry announced they would be slashing store counts to the tune of over 300 stores.

Gap said during its earnings call that it is going to shutter 230 locations over the next two years, just hours after JCPenney said that it would close 18 of its department stores. This news came after L Brands said they were going to close 53 Victoria’s Secret stores in North America this year according to Bloomberg. The icing on the cake was when “disruptor” Tesla recently announced all of its sales would be moving online, which is a nice way to say that almost all of its retail locations – many of which are located in malls – were going to close, leaving its “visionary” retail employees at their local unemployment lines.

These closures follow a number of high profile bankruptcies in the “bricks and mortar” space: Payless Inc. just went bankrupt for the second time in two years, bankrupt sears was minutes away from liquidation, while perennial mall tenant Brookstone filed for chapter last August, slashing the size of their operations – and once American mall staples like Gymboree, RadioShack, Bon-Ton Shoes and Wet Seal all filed for bankruptcy over the last half decade. Payless is going to be abandoning its 2500 stores, while Things Remembered will also be closing most of its 400 stores.

Overall, since 2016, 35 major retail chains, and countless smaller ones, have filed for Chapter 11. 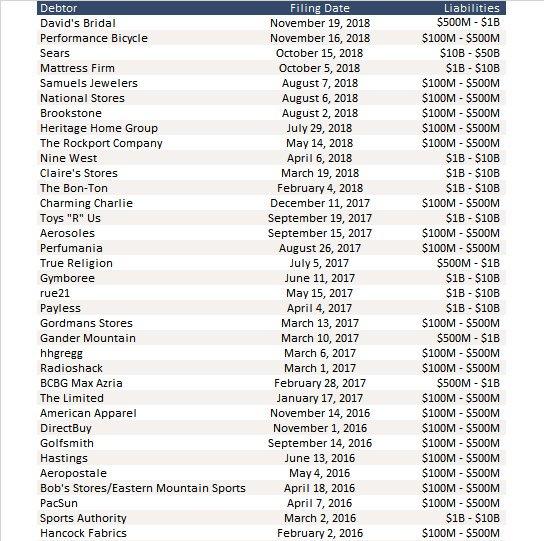 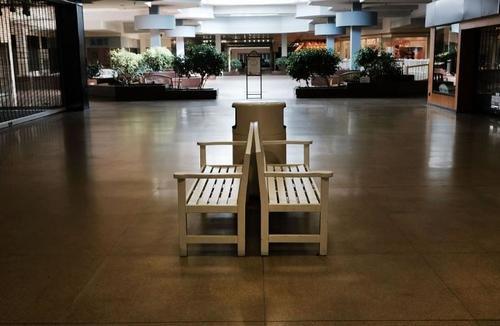 Michael Guerin, senior vice president of leasing at mall-owner Macerich tried to put a favorable spin on the dismal industry trends: “You hear so much about shopping centers are dying. There definitely needs to be attrition, and there’s too many in the U.S. The mall just needs to evolve.””

While the idea of imploding malls is not new, the industry did seem to stabilize at one point as the cost of gas fell and consumer confidence rose. But now, it appears that the eye of the hurricane may have passed, and the tide is heading out once again, as Vacancy rates at US malls jumped to 9% in the fourth quarter of 2018, up from 8.3% the year prior. This number was at 9.1% in the third quarter, due to Sears shuttering many of its locations.

But malls continue to fight the trend, trying to adapt. Macerich has started offering short-term, 180 day leases to encourage pop-up stores and it recently added 32,898 square feet of co-working space to a plaza that it owns in Scottsdale. The space, which occupies two floors, was formally a Barneys New York. Non-traditional tenants like bowling alleys and movie theaters are also finding their way into malls. Even companies that traditionally do business online are starting to also look at setting up an “offline” footprint at some of these opportunistic spaces. 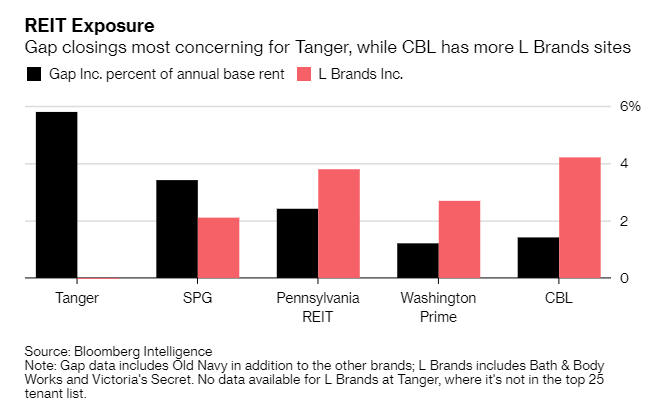 Guerin continued, face in the wind: “They need brick and mortar — we’re hearing that loud and clear — when they open a store their online sales go up. A lot of the stores you’re seeing now weren’t there five years ago.”

Curiously, despite declining demand, in Q4 mall landlords increased rent by 0.8% from a year prior as they made plans to re-develop spaces for alternative uses. Companies like Planet Fitness have taken advantage of the closings as mall landlords and REITs approach fitness centers as potential tenants. Planet Fitness believes that its business is immune to e-commerce, according to the CEO Chris Rondeau.

“Our business can’t be Amazoned. We’re un-Amazonable,” he said on Bloomberg Television. We’ll see about that, Chris.

Meanwhile, the relapse of the sector suggests animal shorting spirits may soon re-emerge. Recall that back in 2017 we, and others, dubbed these U.S. retail store closures as the next “big short”. We said that “just like 10 years ago, when the “big short” was putting on the RMBX trade, and to a smaller extent, its cousin the CMBX, some were starting to short CMBS through the CMBX, a CDS index which tracks the values of bonds backed by various commercial properties. We explained our reasoning for putting on this short through CMBX versus stocks:

The trade, as we discussed before, is not so much shorting the equities where a persistent threat of a short squeeze has burned the bears on more than one occasion, but going long default risk via CMBX or otherwise shorting the CMBS complex. Based on fundamentals, the trade indeed appears justified: Sold in 2012, the mortgage bonds have a higher concentration of loans to regional malls and shopping centers than similar securities issued since the financial crisis. And because of the way CMBS are structured, the BBB- and BB rated notes are the first to suffer losses when underlying loans go belly up.

The trade lost some of its vigor in early 2018, when it seemed that the lows in CMBX BBB- may have been hit with the tranche trading in a tight range for the past 2 years. 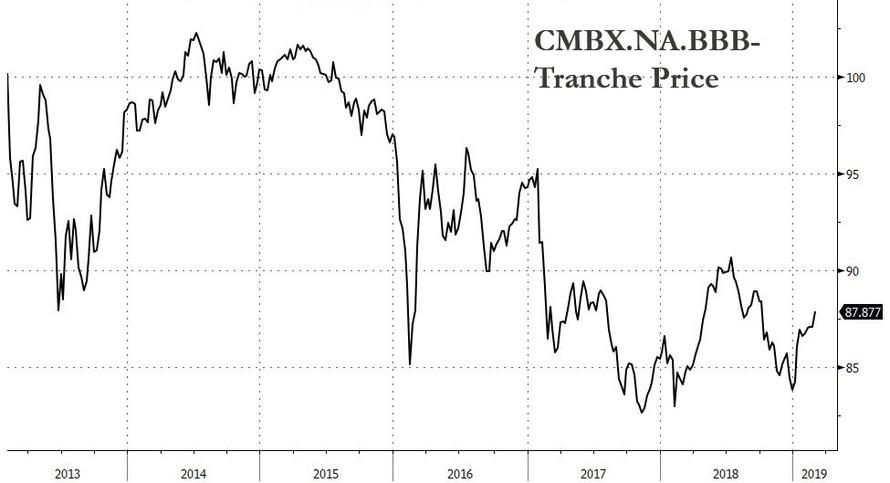 However, once the new wave of bankruptcies flows through the mall P&L (or rather, does not) and a new wave of distress hits the mall sector, we fully expect new lows to be observed in this trade which is basically an inverse bet on Amazon’s continued success in stealing market share from pretty much evereyone.

Bolton Admits Testimony Based On Leaked Book Excerpts Would Have Been...